4 memes showing the anarchist vacuum.
Someone posted this on Facebook: 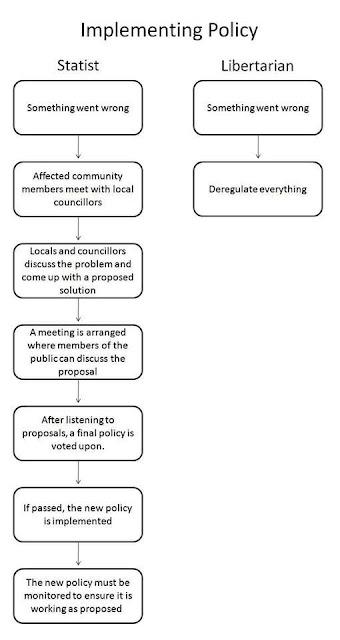 It is very very libertarian but it is sadly wrong. The anarchist vacuum problem. No safeguards.
I fixed it making another version. 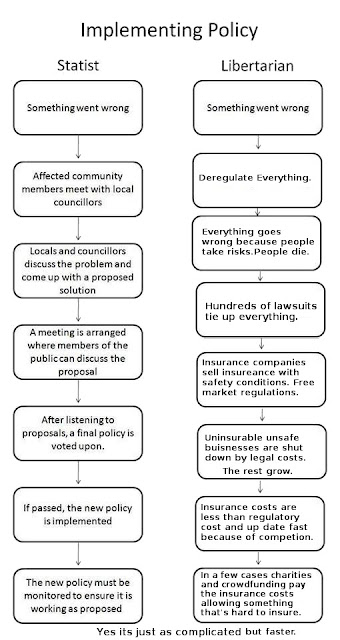 Yes its more complicated but that's the point. The free market is not a void or a magic fairy or even an invisible hand. We can't predict all the out comes but we can identify some of the known mechanisms.

Then later in another facebook discussion a similar one was added:
Without government, who would provide _________? 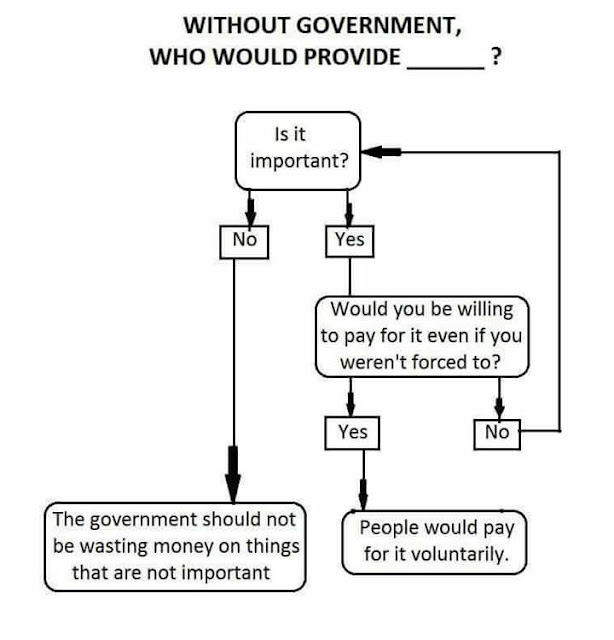 It does not deal with the fundamental reasons for taxation in the first place, the assurance problem. So I fixed that one too. 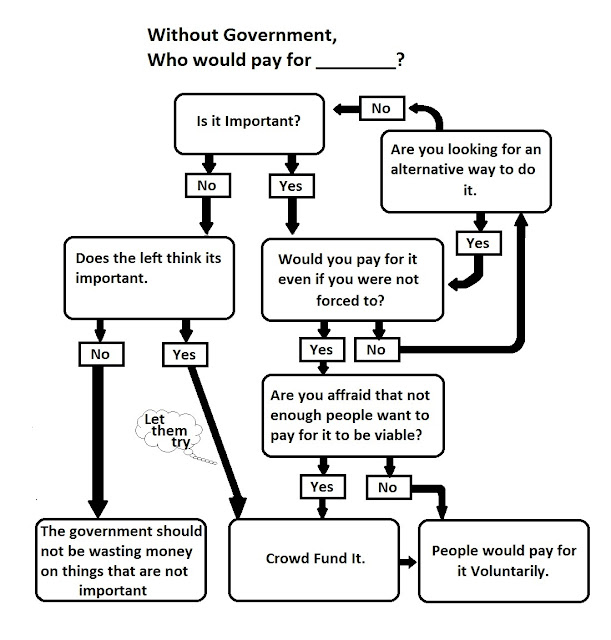 In both cases anarchists are attempting to replace something with nothing. Generating huge risks and making their policy positions unsaleable to the majority of voters.

I have yet to find a good one on foreign policy. When I do I'll fix it and add it.


Posted by wesley bruce at 4:34 AM No comments: