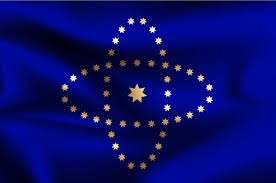 Mr Miles Guo, Steven K Bannon and others have launched a process to replace the communist Regime in China with a New Federal State of China. I’ve been expecting this, it came June 4. This is a necessary part of the process of removing and replacing the communist with a viable federation. Most of the people involved will be in China so can’t go public.
The declaration is here:
https://gnews.org/221998/

There is also a video of Bannon reading it in English below. Miles Guo’s English is not good enough.
Link is https://www.youtube.com/watch?v=QmiaICTCHjg If you have problems.

I have read the document and it hits all the points needed. In order to defeat the communists you need to define its replacement. The communists hold power with the boogeyman of the war lord chaos of the 1900 – 1920’s period. China needs a western style federal republic with the rule of law and limited government. This defines these parameters.

I have posted on Facebook youtube videos from most of the main participants. Kyle Bass is the second westerner mentioned he is a financier and hedge fund manager and one of the people warning about the communist parties manipulations and financial lies. So the project has money behind it.

I suspect this has Trump’s full supports and the participants probably have both US intelligence support and protection and the protection of people like Erik Prince. Bannon could not do this if he was still in the White House. Trump does not fire people he redeploys them.

I am not expecting the Chinese dictatorship to last long. It has alienated all of its allies, suppliers and trade partners; 60+ countries.
This may look like a small start but there are a lot of Chinese involved who can’t go public at this time. In 1776 only a few of the American revolutionaries were public.