In Venus's dense CO2 atmosphere oxygen is a lifting gas like helium is here. You could live in the balloon. 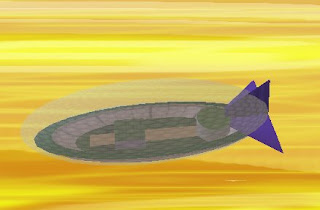 Top an airship homestead in Venus's atmosphere. CO2 is processed into O2 and hydrocarbons; from them we make carbon fibre and plastics. 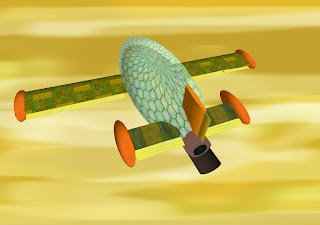 A larger village ship with gliding wings.
Below a top like structure with a homestead ship docked to it. This structure makes smaller ships. The green is vegetation under glass/ polymer. Blue is solar cells for power. 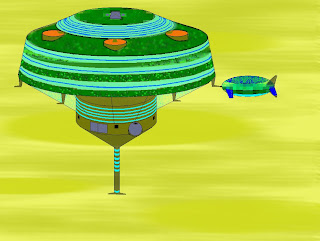 Getting bigger and bigger. Cities in the sky. You can never land the surface is unsafe but robots will be sent down to mine the furnace below. The acid clouds can be processes by flying robots to produce water and fluorine. The sulfur fuels the mining robots. 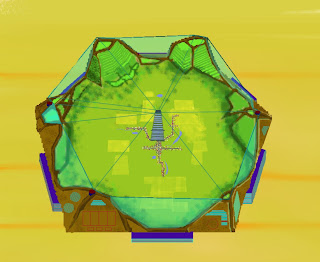 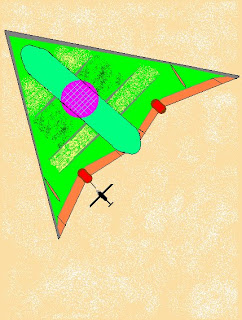 Perhaps with a little genetic engineering we could create plants that fly. There are aquatic plants and sea weeds with gas filled bladders. We need to tweek the genes for size and shape. We could do that on earth in a pure CO2 dome. All the oxygen from photo-synthesis would need to go into the lift bladders. The plants roots would need to be fertilised and watered by robots; creating a flying ecosystem of aliens. Juvenile plants would bud off the parents or grow as symbiont on the robot bees back. Our options are as big as our imagination.


How do we get there. We need a ship that's solid enough to get off the earth but light as air at Venus. A rocket with a gaseous fuel or oxidiser, and a lot of airtight empty space. 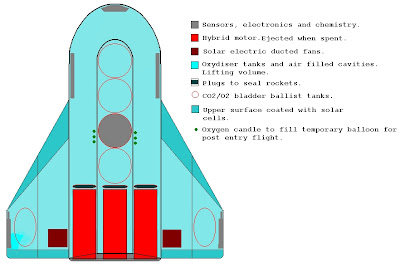 Dr Geoffrey Landis was the first to write on this. http://www.geoffreylandis.com/

The art here was done in second life, gimp and Microsoft draw.
We dare not set foot on Venus but we can possibly colonize it. Yes it will be risky but so was seafaring and flying once.
Posted by wesley bruce at 7:16 AM

Anonymous said...
This comment has been removed by a blog administrator.
10:01 AM